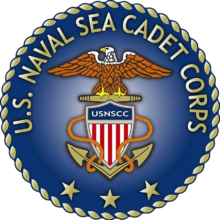 USNSCC is a national youth leadership development organization that promotes interest and skill in naval disciplines while instilling strong moral character and life skills through leadership and technical programs modeled after the Navy's professional development system.

The Lone Sailor Division, a unit within the USNSCC, was founded in August of 2018 in Ocoee, Florida. The Unit started off with thirteen Cadets and has grown to more than twenty-five Cadets. The Unit meets one weekend each month from August to May with Advance Trainings occurring during the summer months throughout the United States. The Cadets perform Color Guard for local events and participate in Community Service activities with local organizations.

The Lone Sailor Division prides itself on developing strong youth leaders by placing them in leadership roles and serving their community.  We are proud to support the American Legion Post 63, the City of Ocoee, the City of Ocoee Police Department, the Town of Windemere Police Department, Wreaths Across America, and other community service organizations.

See what the Sea Cadets are all about!

Check out this short 30 second video. 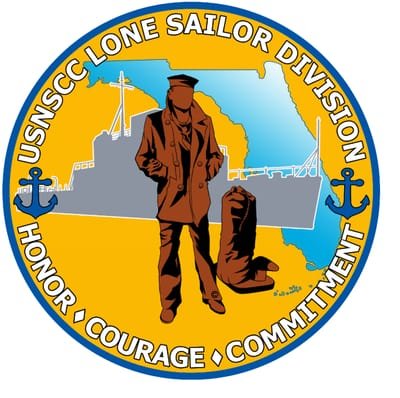 Our Mission, at the request of the Department of the Navy.  The Navy League of the United States established the United States Naval Sea Cadet Corps (USNSCC) in 1962 to "create a favorable image of the Navy on the part of American youth".  The Lone Sailor Division, established in 2018, is a unit of the USNSCC.  This unit was chartered to develop abilities in seamanship and sea going skills, to build and emulate patriotism and courage, establish honor, and demonstrate the commitment to lead by example through public service and high moral standards.  Cadets will also be exposed to a variety of career paths through hands-on training and experiences.  Our priorities to instill the importance of God, Family, School, and Country, will not waiver.  No matter what career path a Cadet may choose, they will be a positive impact to their neighbors and to their country.

The senior cadet program exposes its cadets to the full rigors of a military training program. Cadets are required to attend a mandatory two-week recruit training camp. After this requirement is met, cadets are eligible to participate in a variety of advanced training sessions. These sessions serve to expose cadets to seamanship and seagoing subjects. They also focus on developing an appreciation for our country's rich naval history, customs and traditions.

If you are turning 14 this year, you should start in NSCC.

This junior cadet program introduces its members to naval life through instruction in basic seamanship and leadership. NLCC members are able to participate in monthly drill sessions and during school breaks and in a one-week orientation class as well as in specially-designed annual training sessions. The purpose of the NLCC program is to prepare its cadets for success upon entering NSCC by exposing them to the fundamentals of seamanship and leadership. The training program is less arduous than NSCC's, but still includes a wide variety of away-from-home, one-week training opportunities designed to give cadets exposure to Navy life.

If you are between the ages of 10 and 13, NLCC is the ideal place to start. 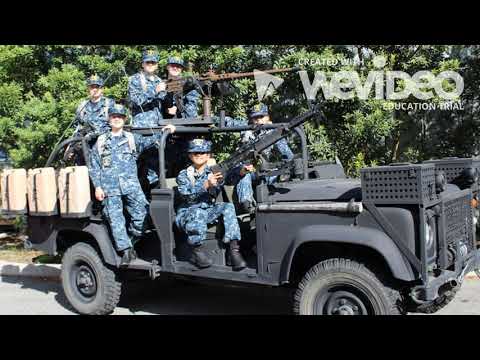 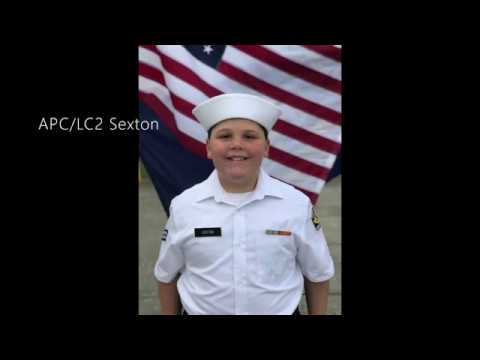 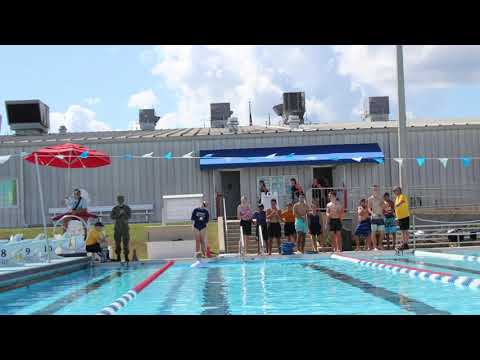 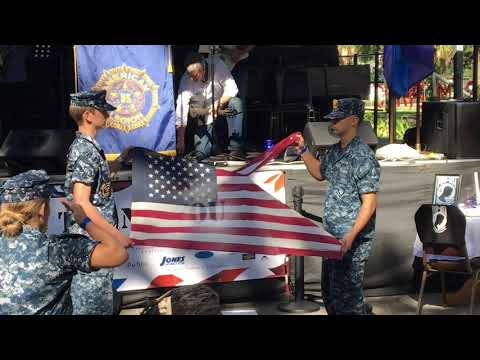 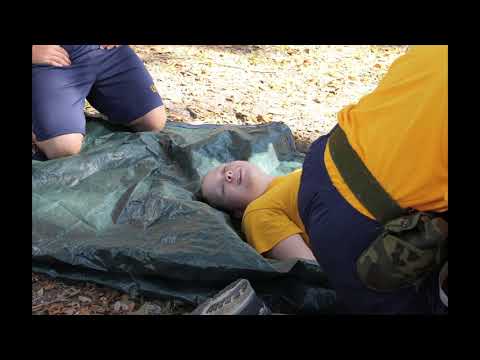 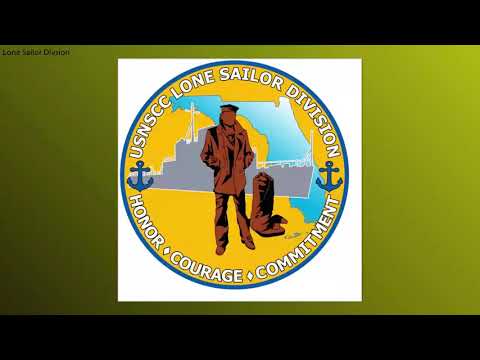 The NLCC training program is modeled after the Sea Cadet program, but is tailored to be age-appropriate. The training program is less arduous, but still includes a wide variety of training opportunities designed to give League Cadets exposure to Navy life.
Cadets can attend a one-week, away-from-home Navy League Orientation class. Cadets who complete orientation can participate in advanced training sessions such as classes in aviation, sailing, leadership, medical and adventure training. League Cadets also learn about small boats and small boat safety using the U.S. Coast Guard’s safe boating curriculum.

After successful completion of recruit training, Sea Cadets may choose from a wide variety of advanced training opportunities that are nationally advertised by USNSCC headquarters. League Cadets who complete orientation can also participate in specifically tailored advanced training sessions.
While recruit training is designed to familiarize cadets with Navy life and Navy-style discipline, advanced training focuses on military and general career fields and opportunities. It also serves to provide cadets with disciplined and interesting activities during the year.

Advanced training opportunities include special offerings, such as:

Attention:
-You may only submit one request per individual drill day or event within 48 hours of the event. You must fill out the form AND call CO or XO.
-Cadets not keeping the minimum 75% drill attendance may be subject to disciplinary action or dismissal.
-100% attendance of drills are required for Perfect Drill Attendance Award.
-100% attendance of drills and other events are required for the Overall Excellence in Attendance Award.
-School ACT or SAT testing and USNSCC events or trainings are the ONLY excused absences that will not affect eligibility for the awards above. 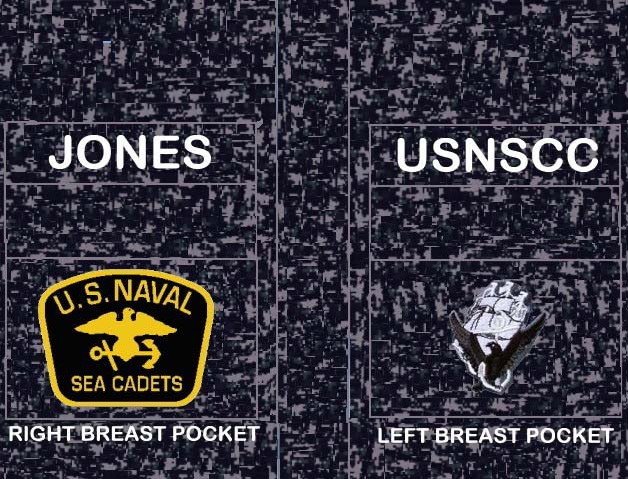 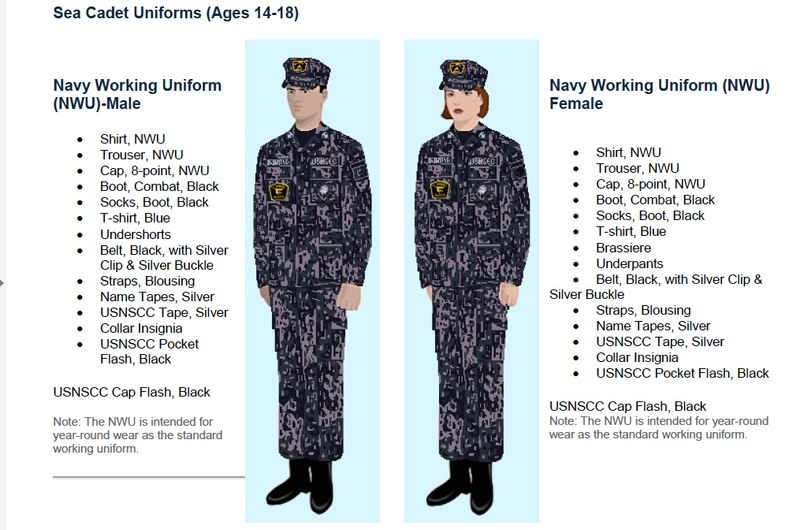 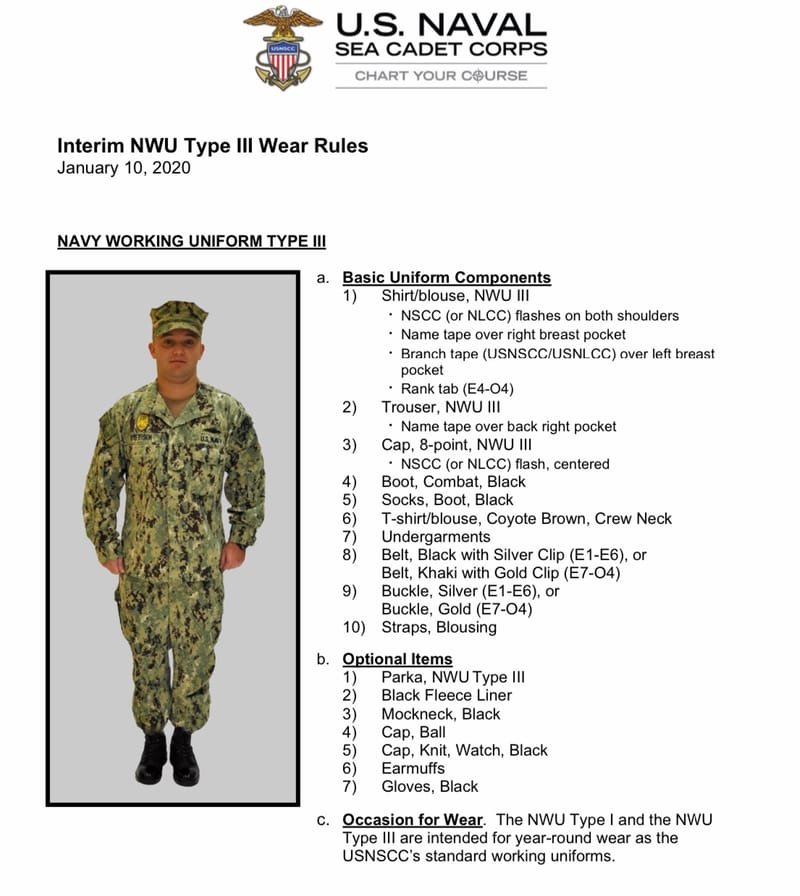 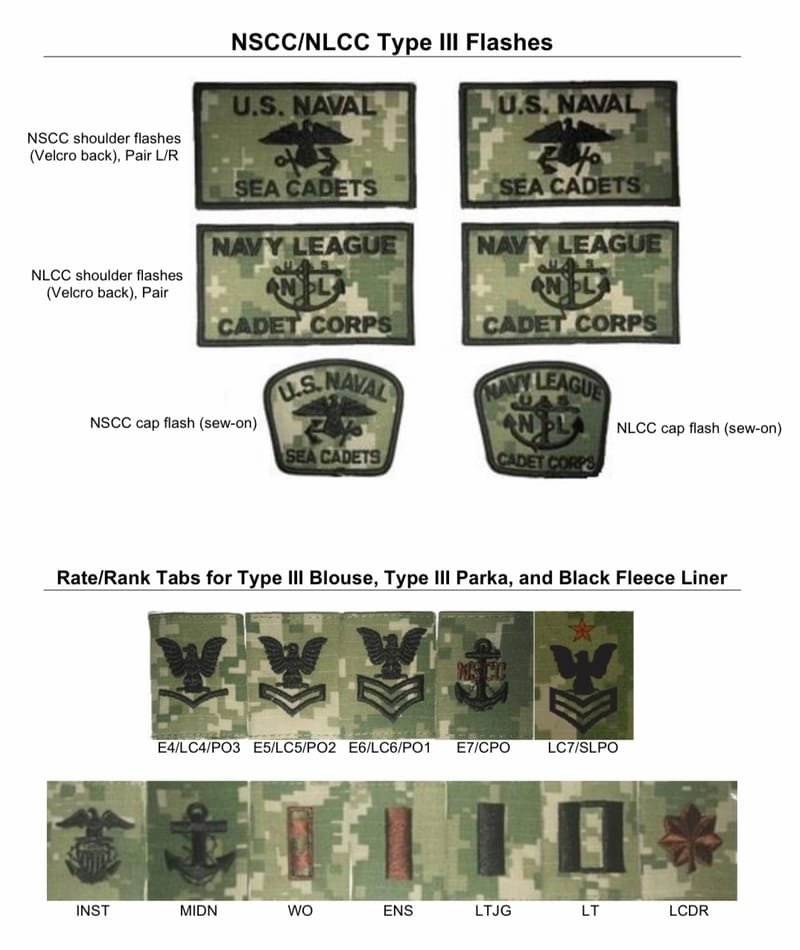 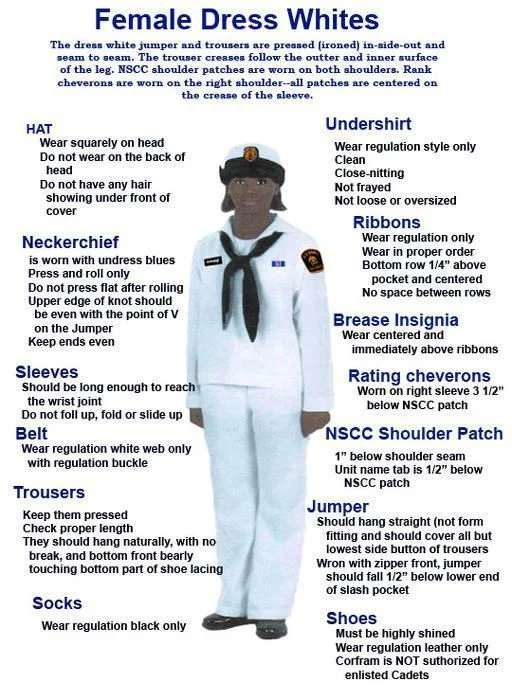 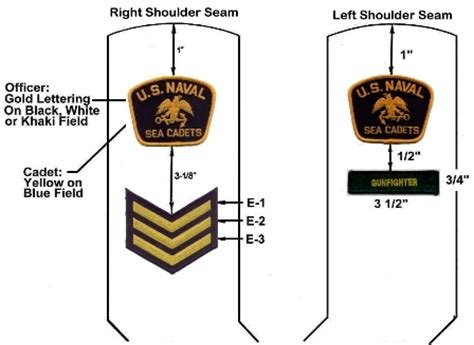 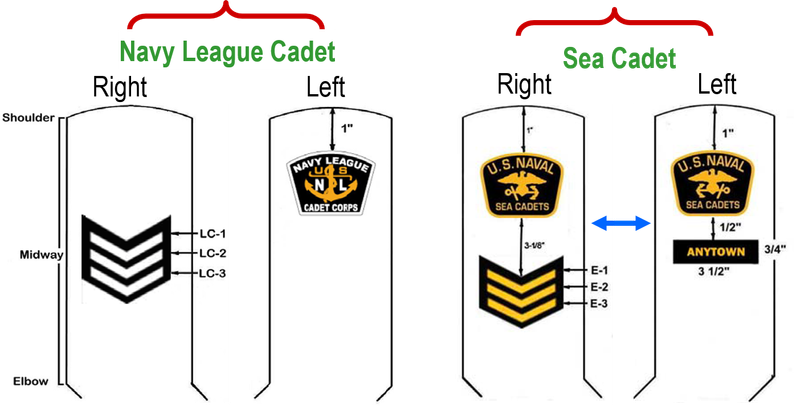 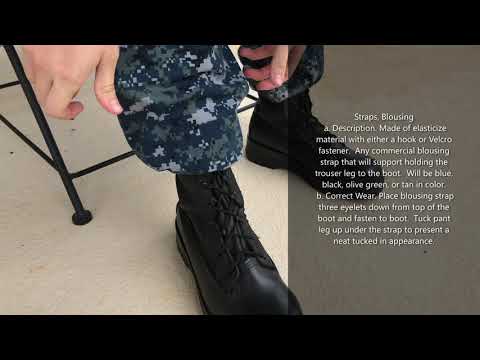 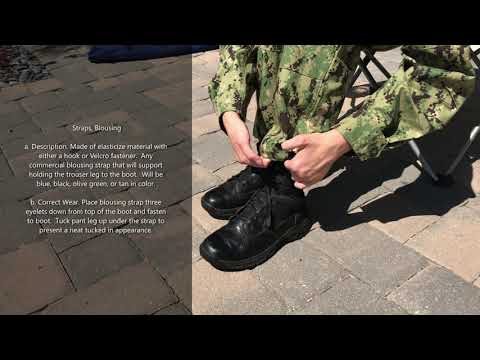 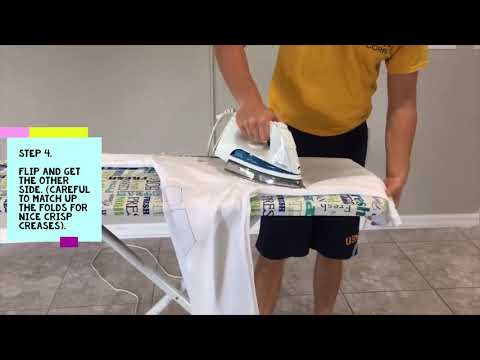 What is the USNSCC Officer Corps?

The NSCC Officer Corps is made of dedicated volunteers adult leaders, both civilian and military, who provide for the administration of all facets of the U.S. Naval Sea Cadet Corps. This includes the operation of local units to the operation of two-week summer training programs. Officers must be U.S. Citizens and be at least 21 years of age.What is an NSCC Midshipman?NSCC midshipmen are adult leaders in training who are between the ages of 18 and 21. Normally NSCC midshipmen are former cadets who reached the rate of seaman as a cadet, former JROTC cadets, or members of the military who are not old enough to be an NSCC instructor or officer.

What is an NSCC Instructor?

An NSCC instructor is an adult leader who either has an interest in becoming an NSCC officer or who wants to dedicate his or her time to mentoring and training cadets. All persons applying to be in the NSCC Officer Corps are first enrolled as an NSCC instructor for a period of one year. After one year, instructors may apply for an appointment to the NSCC Officer Corps or remain an instructor. Instructor responsibilities are generally less than those of an officer.

Will I have to undergo a criminal background check?

Yes. To ensure the safety and security of cadets, all NSCC adult leaders undergo a background check at initial enrollment and periodically at the discretion of NSCC National Headquarters.

I am a parent of a cadet. Can I be an NSCC adult leader?

Yes. In fact, a large percentage of NSCC adult leader are parents of current and former cadets. Involved parents are the lifeblood of the NSCC Officer Corps.

What experience is required?

The U.S. Naval Sea Cadet Corps is organized along military lines; therefore, having military experience is a definite plus, but it is not a requirement. Experienced adult leaders and senior cadets will gladly help you become familiar with the military atmosphere. At most local units, volunteers are needed to instruct cadets in a variety of subjects, keep and maintain service records, keep track of cadet training, maintain unit supply, and recruit and publicize the program. As long as you are motivated and willing to help in the cause of promoting the positive development of youth, there is a place for you in the Corps.

Do I have to wear a uniform?

Yes. NSCC officers, midshipman, and instructors are authorized by the Secretary of the Navy to wear the U.S. Navy officer uniforms appropriately modified with NSCC insignia.

Will I have to purchase my own uniform?

In most cases, yes. NSCC adult leaders are authorized to purchase uniform items from U.S. Navy Uniform Shops on base and the Navy’s Uniform Support Center in Pensacola, FL by phone and mail order. In some cases units have a supply of surplus/used uniforms that may be provided at no or nominal cost. Many large Naval bases also have Navy and Marine Corps Relief Society thrift shops that sell used uniform items at deep discounts. In any case uniform purchases are often income tax-deductible (consult your tax attorney for more information).

Do I have to be physically fit?

Yes. You must be physically fit and free from ailments that would prevent you from supervising youth and performing your assigned duties. You must also meet U.S. Navy weight standards to wear the NSCC uniform. Those who do not meet the weight requirements may wear an alternate civilian style uniform.

Yes. Those adult leaders who apply for appointment to the NSCC Officer Corps will have the opportunity to earn rank. New NSCC officers are appointed by the NSCC Executive Director to the rank of ensign. The NSCC officer rank structure parallels that of the U.S. Navy. NSCC officers may promote through the rank of lieutenant commander. In order for NSCC officers to promote they must meet minimum performance, training, and time-in-service requirements. They must also contribute a minimum amount of volunteer service to NSCC summer training programs. NSCC officer rank is entirely honorary and does not have any relation to or authority and entitlements of actual military rank.

I can only commit a couple of hours a month. Can I still help?

Absolutely! We understand that there are many people who want to help but have busy lives, and giving up 20-30 hours a month to be a full time volunteer is just not feasible. Often all it takes is a couple of hours a month to help a unit sort uniforms, teach a class, chaperone a field trip and the like. The contribution of a few dedicated part-time volunteers can go a long way to accomplish the overall mission. 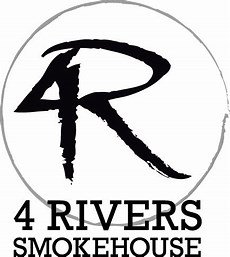 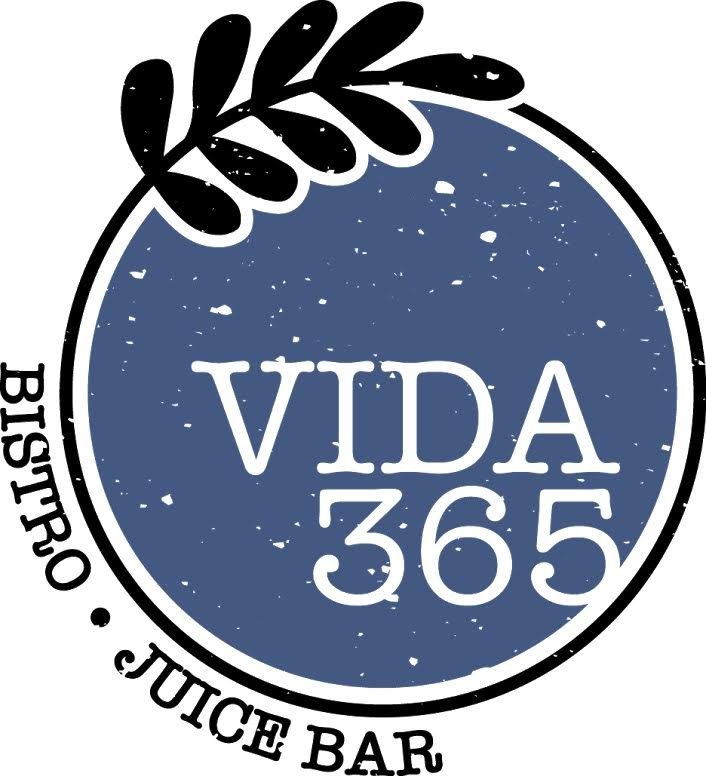